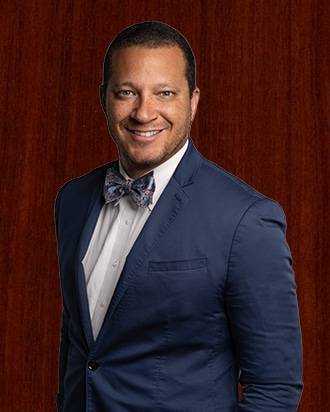 Damian has spent his entire legal career practicing civil litigation in one way or another. He started his legal career representing individuals in both personal injury and employment law disputes with a medium-sized firm in Tampa, Florida. After leaving this firm, Damian transitioned to representing insurance carriers in first-party property insurance disputes with a statewide Florida law firm. It was here that he honed his skills in property insurance law. After representing multiple insurance companies, Damian saw first-hand the difficulties faced by individuals who had legitimate disputes against their insurance carriers. It was at this point that he felt obligated to represent individuals with legitimate claims.

Damian believes that every client, regardless of gender, ethnicity, color, or social status, is essential. As such, Damian employs the same relentless, vigorous representation across the board — to all clients. Additionally, he makes it a priority to understand his clients’ claim(s) and understand the person behind the claim. As such, Damian makes it a priority to build deep, meaningful relationships with his clients. He believes that he doesn’t have clients but instead has friends.

Damian graduated from the University of Georgia with a major in Political Science and a minor in History. He attended law school at Florida Coastal School of Law in Jacksonville, Florida. He focused a large portion of his studies on civil litigation and the litigation process. While obtaining his Juris Doctorate, Damian also met his beautiful wife Brooke H. Sullivent, Esq. Together they have two amazing daughters, Kinsley and Harper. Damian considers family and friends as vital to his career. As such, when Damian is not practicing law or advocating for a cause, he is spending time with his family and friends.